That response could include taking away some of the economic privileges that the special administrative region enjoys with the U.S.

Stock indexes sold off late in Thursday’s session as worries about souring relations between the world’s two largest economies and an expected executive order related to social media companies weighed on investor sentiment.

While investors have kept a close eye on the rise in U.S.-China tensions in recent weeks, Wall Street’s main indexes are set to end May with a second straight month of gains on the belief that the economy will rebound quickly from the coronavirus-led downturn.

Costco Wholesale Corp. (Nasdaq: COST) — The membership-only warehouse operator posted $283 million in coronavirus expenses in the last quarter. Its adjusted earnings fell 7.5% from last year. However, its group revenue jumped by 7.3%. Shares of Costco were down 2.1%.

Salesforce.com Inc. (NYSE: CRM) — The software company reported a slight beat of Wall Street’s revenue and earnings expectations. The company posted earnings of $0.70 per share on $4.87 billion for the last quarter. However, light guidance pushed shares down 3.3% in premarket trading.

Economists expect consumer spending to drop by nearly 13% in the month of April as shoppers significantly scaled back purchases.

If true, it would be the largest decline in consumer spending since 1959 and further dash investors’ hopes of a quick economic recovery.

According to The Wall Street Journal, personal income is also expected to take a hit in April — to the tune of a 5% decline — but some of the loss will be offset by income from unemployment benefits.

Thus far, it is the largest initial public offering this year. The investment firm behind Peet Coffee is targeting a price range for the IPO that values the company at $17.3 billion.

JDE Peet has already sold around 71.4 million shares at more than $33 per share, raising $2.5 billion in the sale, according to The Wall Street Journal.

The stock started trading on the Euronext Amsterdam stock exchange Friday and jumped up 11% right out of the gate.

While all four major U.S. airlines have applied for a special federal pandemic relief loan program, only one has actually said they plan to use it.

American Airlines Group Inc. (Nasdaq: AAL) said it will use part of a $29 billion Treasury Department fund, according to Bloomberg. Other airlines are likely to wait until after the summer travel season to decide whether to take out a loan or not.

Buy Alert: 1 Stock to Get You in on the Coronavirus Pharmaceutical Boom (Money & Markets) 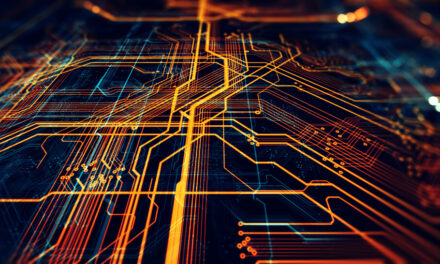