Stock markets in Asia and Europe were muted overnight as the global death toll from COVID-19 crossed 500,000 Sunday.

The benchmark S&P 500 is up more than 16% since April and is on pace for its best quarter since 1998, thanks to fiscal and monetary stimulus injected into the U.S. economy.

But the index closed below its 200-day moving average on Friday.

Investors will focus on employment, consumer confidence and manufacturing data for June for signs of how the economy will rebound after indications of recovery in May.

Southwest Airlines Co. (NYSE: LUV) — The American airline was upgraded by Goldman Sachs Group Inc. (NYSE: GS) to buy even as the investment bank pushed its expectations for a recovery in the airline industry to 2023. Shares of Southwest were up 2.25%.

Boeing Co. (NYSE: BA) — Shares of the American plane manufacturer jumped 4.8% in premarket trading on the news that it could begin certification flights for its 737 Max aircraft as early as Monday (see below for more).

Facebook Inc. (Nasdaq: FB) — It’s no secret the social media giant has been rocked by companies pulling ads from its platform. Shares were down another 4.4% on Monday after Coca-Cola Co. (NYSE: KO) halted all of its social media advertising.

Boeing Co. and officials with the U.S. Federal Aviation Administration are expected to begin certification flights for the company’s 737 Max jet, according to CNBC.

The plane was grounded in March 2019 after two crashes in five months killed 346 people in Indonesia and Ethiopia.

The FAA confirmed to U.S. lawmakers that an agency board completed a review of Boeing’s safety system assessment, clearing the way for certification flights to begin. The jet in on pace to be approved to resume U.S. service before the end of the year.

US Presses Europe to Target Chinese Maker of Security Equipment

Suggesting a Chinese company’s expansion into Europe is a threat to Western security and business, the U.S. is targeting Nuctech Co. and pressing Europe to do the same.

The company manufactures and sells screening systems for cargo, luggage and passengers which have become fixtures at ports, border crossings and airports across Europe.

U.S. officials are pushing Europe to shun the equipment provider, suggesting its products can be used by Chinese state officials to gain access to personal and commercial information, according to The Wall Street Journal.

Oklahoma-based Chesapeake Energy Corp. (NYSE: CHK) became one of the biggest victims of a massive collapse in energy demand and is now filing for Chapter 11 bankruptcy protection.

According to Bloomberg, the energy giant listed assets and liabilities in the range of $10 billion and $50 billion, and more than 100,000 creditors in its filing.

Extracting large amounts of gas from shale basins hurt Chesapeake, which contributed to the glut that weighed on prices. Natural gas futures in New York traded last week at a 25-year low.

The Bull & The Bear: How to Capitalize on the Gold Boom (Money & Markets) 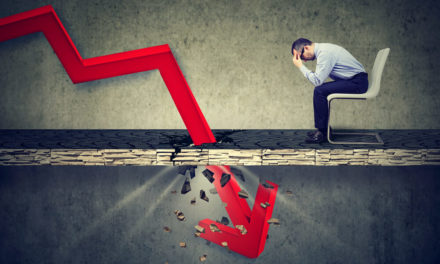 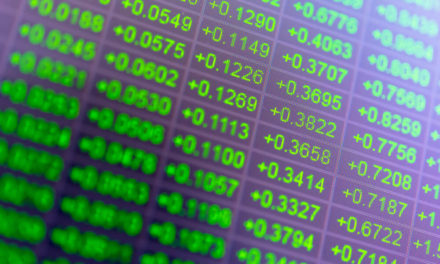