Hours after White House adviser Peter Navarro suggested a trade deal with China was “over,” Trump took to Twitter to state the deal was actually “fully intact.”

The China Trade Deal is fully intact. Hopefully they will continue to live up to the terms of the Agreement!

Navarro’s comments sent benchmark S&P 500 futures down 1.7%, but those rebounded after Trump’s tweet.

Thanks to stimulus support, businesses restarting and encouraging economic data, the S&P 500 is about 42% higher than its low hit in March. The index is now around 8% below its Feb. 19 record high.

European markets were bolstered by better-than-expected business activity surveys for June. The U.S. will release manufacturing and services data later in the morning. Investors are betting on similar activity to help boost a quick recovery of the economy after the coronavirus lockdown.

Spirit AeroSystems Holdings Inc. (NYSE: SPR) — The subcontractor for Boeing Co. (NYSE: BA) was told to scale back production of parts for the 737 Max, suggesting Spirit could breach financial covenants under its credit agreement. Shares of Spirit tumbled 3.7%.

Square Inc. (NYSE: SQ) — The mobile payment company got a boost after Barclays increased its price target for the company to $115 per share. Analysts suggested the company’s shares “have materially outperformed.” Shares of Square were up 2.5%.

Beyond Meat Inc. (Nasdaq: BYND) — Shares of the plant-based meat producer were down 1.2% in premarket trading after Starbucks Corp. (Nasdaq: SBUX) announced it was using rival Impossible Foods to supply a breakfast sandwich for the coffee company.

The aim of the sale is to lower its debt load and bring in more cash to the company hit hard by the coronavirus pandemic. Shares of T-Mobile were down 1.5% in premarket trading.

It follows an April announcement where the company said it would sell $41 billion in assets to buy back shares and slash debt after its Vision Fund pushed the company to massive operating losses for the year, according to CNN Business.

Not even resigning can get you out of trouble when your company is missing $2 billion.

German authorities arrested former Wirecard AG CEO Markus Braun just days after the company revealed it had a $2 billion hole in its books. The issue began last week when auditors said they could not verify whether the money actually existed.

According to The Wall Street Journal, Braun was arrested for presenting false information. Braun, Wirecard’s biggest shareholder, was the CEO for nearly 20 years before resigning on Friday.

Apple Splits from Intel to Use In-House Processors

After 15 years, Apple Inc. (Nasdaq: AAPL) said it will no longer use Intel Corp. (Nasdaq: INTC) to produce processors for Apple products.

Instead, Mac products will turn to in-house chips designed by Apple engineers, according to The Wall Street Journal. Shares of Intel were down 0.3% while Apple shares moved 1.5% higher.

Apple CEO Tim Cook said, during the company’s annual developer’s conference, the phaseout of Intel chips will occur over the next two years. The first Macs with custom chips will ship by year-end.

Gold or Bitcoin: Which Is the Better Buy for You Right Now? (Money & Markets) 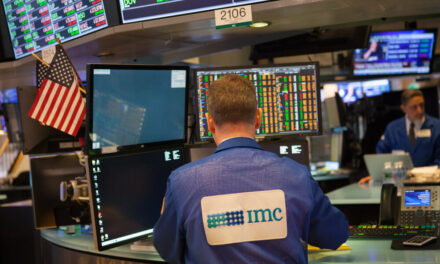