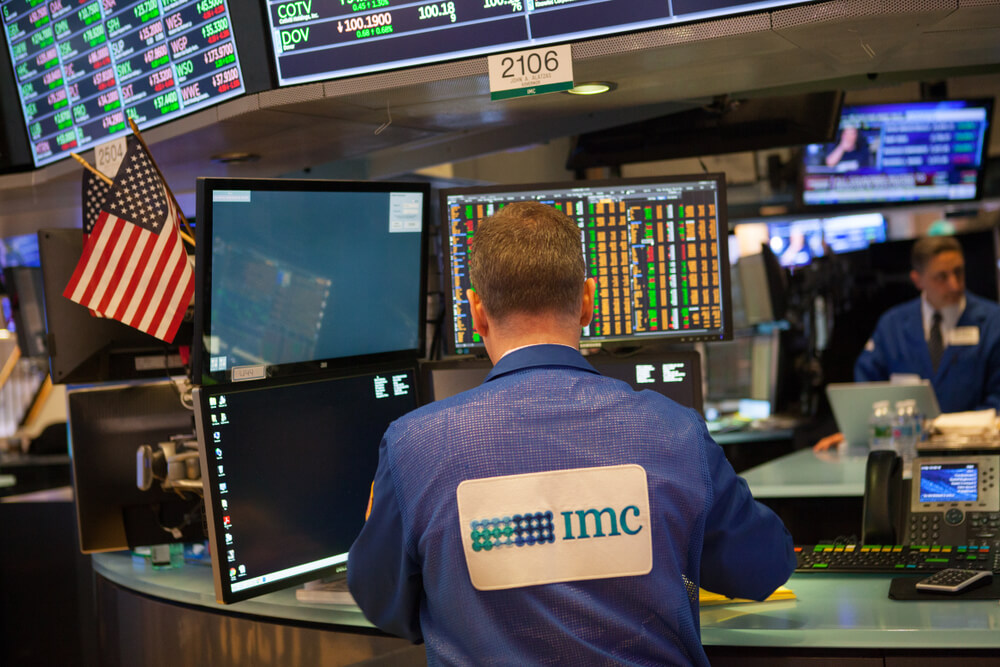 Stock market indexes pared back early gains, but still ended positive, as investors weighed the implications of rising coronavirus infections on business activity in the U.S., plus more in today’s Closing Bell on Money & Markets.

Technology stocks pushed Wall Street higher Monday but sentiment was fragile as investors face a spike in coronavirus cases in the U.S.

The World Health Organization reported a rise in virus cases over the weekend, pushing demand for safe havens like gold and long-term U.S. Treasurys.

Apple Inc. (Nasdaq: AAPL) and Microsoft Corp. (Nasdaq: MSFT) were among tech stocks that pushed the stock market higher. Both traded at all-time highs as seven of the 11 S&P 500 sectors were higher.

The benchmark index has risen nearly 42% from its March lows and the Nasdaq hit a new record earlier this month thanks to monetary and fiscal support, businesses reopening and better-than-expected economic data.

But the S&P 500 has traded in a tighter range of late as more U.S. states have reported a surge in virus cases. Apple’s move to temporarily close some stores was a hit to quick recovery hopes.

In this morning’s Opening Bell, we told you to watch out for Virgin Galactic Holdings Inc. (NYSE: SPCE) after the company signed a deal with NASA to train and develop future astronauts looking to visit the International Space Station. Shares of Virgin Galactic jumped 16.1%.

We also mentioned Fiat Chrysler Automobiles NV (NYSE: FCAU), which is close to winning approval for a $7 billion crisis loan from the Italian government. Shares of Fiat Chrysler rose almost 4%.

Finally, we told you to be on the lookout for United Airlines Holdings Inc. (Nasdaq: UAL) as the airline may launch a $5 billion debt sale this week. Goldman Sachs Group Inc. (NYSE: GS) will lead the debt offering, according to Bloomberg. Shares of United Airlines dropped 0.8%.

Gold prices jumped 1% to hit their highest price in more than a month as investors scurried to the safe-haven metal amid an uptick in coronavirus infections.

Israel’s legislature advanced a pair of bills to legalize cannabis.

According to The Jerusalem Post, the Ministerial Committee passed the measures that allow the private use of cannabis for those 21 and older, except those working in security positions.

The bills are expected to pass the first reading in the Knesset — the Israeli legislature — this week before needing to pass three more times to become law.

Even though the stock market has rallied from March lows, there is still a significant amount of cash remaining in money markets.

According to CNBC, the coronavirus sell-off pushed investors to sock around $5 trillion into money market funds — surpassing the peak of the financial crisis in 2008.

Even recent net outflows have left more than 90% of that money intact.

Further evidence that investors are holding cash outside of stocks and bonds is data from the Federal Reserve Bank of St. Louis which found that bank deposits have also spiked.