The Fed Keeps Zombies Alive — Profit Off Their Coming Demise

Zombies are neither dead nor alive. They should be dead. But some magical — often evil — forces keep them alive.

Zombies have appeared in horror movies and books for centuries. But now they are in the business world.

A zombie company is one that should be dead but somehow manages to survive — even when sales don’t cover the costs of debt.

Thirty years ago, analysts didn’t think zombies could exist. They argued rational investors would not fund companies that can’t pay off debt.

But that no longer applies.

According to the Bank of International Settlements (BIS), the central bank to the world’s central banks, zombies are a growing problem. Their economists have a knack for finding problems before others.

BIS is concerned that unprofitable firms hurt the economy. Zombie companies, like their counterparts in movies, are the walking dead.

In the BIS’ economic terms: “If low interest rates keep ‘zombie’ companies alive, and prevent the needed reduction in excess capacity, then profits will not recover. And without profits, there can be no economic rebound more generally.”

Although it’s a global problem, the United States has a higher than average number of zombies. BIS data shows that at least 12% of all companies in the world are “zombies.” That number jumps to 19% in the U.S.

Zombie Companies in the U.S. 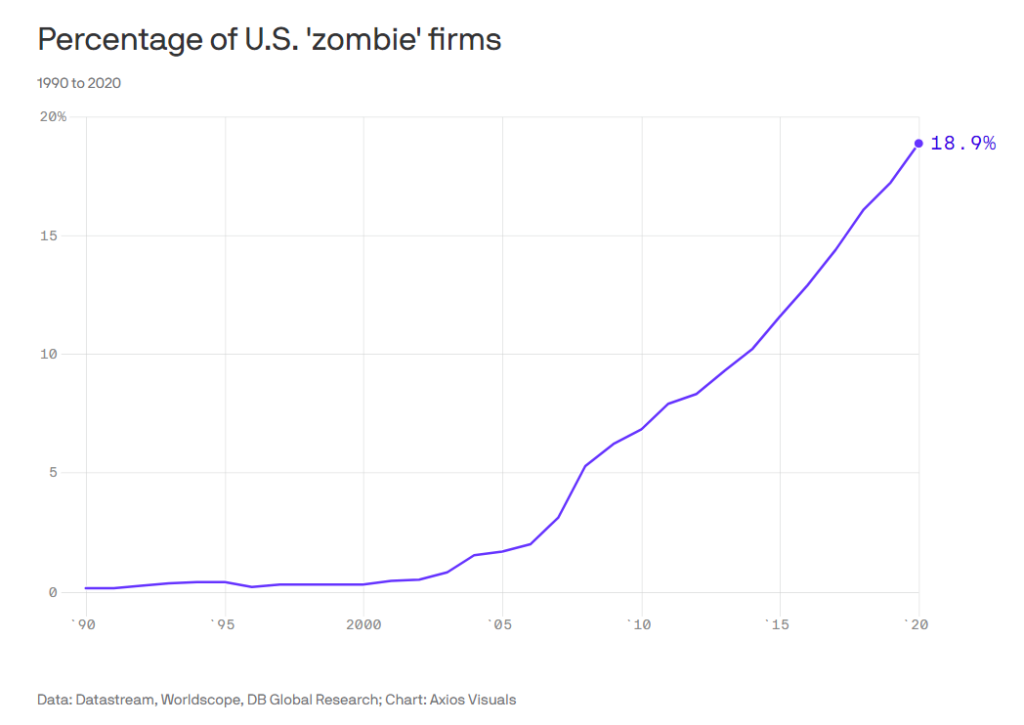 And potential zombie killers are avoiding the fight right now.

Easy money is the magical — and somewhat evil — force keeping zombie companies alive. But long-term investment returns will be low. Look at Japan.

The good news for investors is that many zombies will fail.

Put options can offer large gains when that happens.