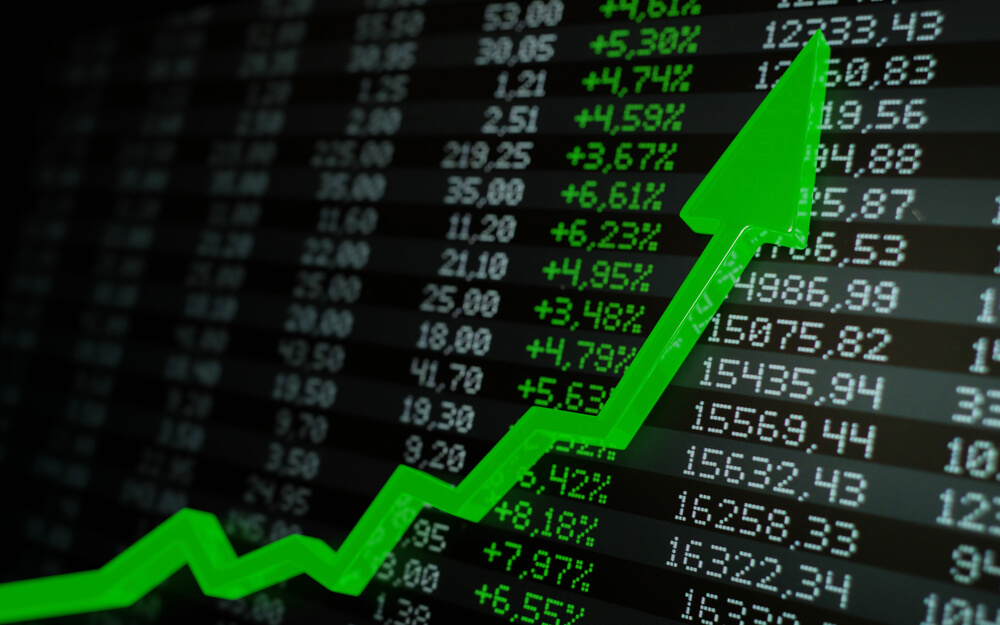 Stock market indexes rose on Thursday with the Nasdaq hitting another all-time high after a record-setting increase in U.S. jobs pointed to a rebound in business activity, plus more in today’s Closing Bell on Money & Markets.

The U.S. economy added 4.8 million jobs in June, the most since the government started keeping records in 1939, but layoffs remained elevated (see more below).

The news sent stocks soaring in the morning, but gains had petered out by the time the closing bell rang. All three major indexes still finished in the black.

Gains were capped by another spike in coronavirus infections as Florida reported more than 10,000 new cases Thursday.

The Nasdaq and S&P 500 were also boosted by a 0.8% rise in share price for Microsoft Corp. (Nasdaq: MSFT). The tech giant was the most invested stock globally on the eToro trading platform in June.

Following the holiday weekend, investors will turn their attention to the quarterly earnings season, which kicks off in mid-July. Earnings for S&P 500 companies are expected to fall 43% in the second quarter and 25% in the third.

Nine of the 11 major S&P sectors were trading higher, with gains led by energy stocks.

In this morning’s Opening Bell, we told you about Tesla Inc. (Nasdaq: TSLA) which beat delivery forecasts for the second quarter and became the largest auto manufacturer in the world by market cap. Shares of Tesla rose 7.9%.

We also talked about JetBlue Airways Corp. (Nasdaq: JBLU) which reached an agreement with its pilots union to avoid involuntary furloughs until May 1, 2021. Shares of JetBlue finished the day flat.

Finally, we told you to be on the lookout for Nu Skin Enterprises Inc. (NYSE: NUS) after the company raised its quarterly revenue estimates above its previous forecast. Shares of Nu Skin rocketed up nearly 25%.

Gold prices reversed course and had moderate gains on Thursday as the dollar eased.

The precious metal continued to trade below an eight-year peak hit in the last session as prospects for a quick economic recovery were propped up by a strong employment report.

An activist group in Arizona has submitted a petition to put an initiative to legalize marijuana on the November 2020 ballot.

According to Marijuana Moment, Smart and Safe Arizona turned in 420,000 signatures to the secretary of state’s office a day before the deadline. They needed 237,645 valid signatures to qualify.

U.S. nonfarm payrolls added 4.8 million jobs in June and the unemployment rate dropped to 11.1%, according to the Department of Labor.

Economists expected just a 2.9 million increase in payrolls for the month. The June total is the largest single-month gain in U.S. history.

The only issue with the report is that it comes from the middle of June, not the end. It does not account for the suspensions or job rollbacks in areas hit by a resurgence in coronavirus cases.

Conversely, jobless claims remained high last week as another 1.4 million Americans filed for unemployment — above the estimates of 1.3 million.

Editor’s Note: The stock market is closed on Friday in observance of the July Fourth holiday. There will be no Opening or Closing Bell on Friday. We will resume our normal schedule on Monday.