Home » Chart of the Day » This Isn’t Like Other Recessions

We’re in the midst of a global recession. That makes recovery more difficult.

In the U.S., we generally define a recession in terms of the gross domestic product (GDP).

GDP measures the value of all goods and services produced in the economy. A recession is at least two consecutive quarters of decline in GDP.

Economists use more specific rules. But the idea is the same. It’s a time when the economy contracts instead of expands.

The same idea applies to the global economy. Contractions on a global scale are relatively rare.

Since 1870, there have been 14 global recessions — an average of one every 10 years. But recessions have been less common since the end of World War II, as international institutions such as the World Bank are now more involved in stabilizing the economy.

The current recession is the fifth since those organizations stepped in.

Their efforts have helped. The chart below shows that recessions have been relatively mild over the last 65 years.

The Last 5 Global Recessions Were Mild 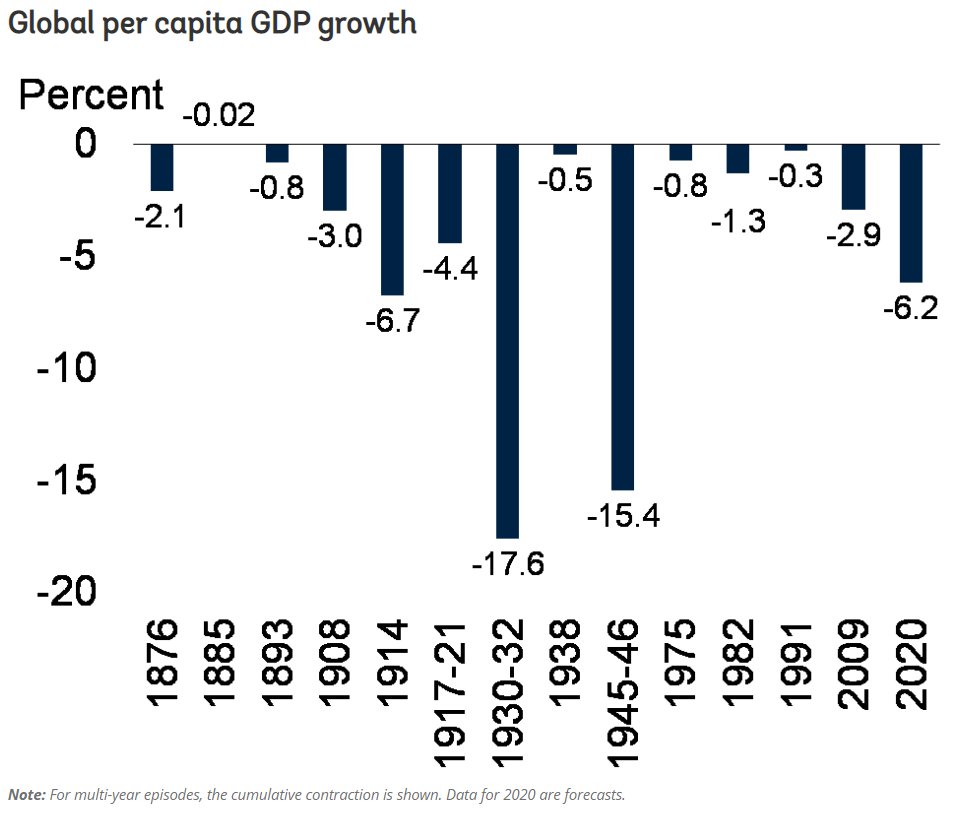 But that’s about to change.

What Makes This Global Recession Different

This is the steepest recession since the contraction that followed World War II. Historically, deep recessions precede and follow wars. Recessions associated with WWII were the worst on record.

The current recession is expected to be similar to the one at the start of World War I. I’ll have more details on that recession tomorrow.

Current estimates assume a rapid recovery from COVID-19. If the virus lingers longer than expected, the recession could be deeper.

As of now, the recession could be deeper than expected because weakness is widespread.

Today, 92.9% of the world’s countries are in recession. That’s a record high, topping the previous high of 83.8% reached in the Great Depression. For comparison, only 61.2% of countries experienced declines in 2008-2009.

This Global Recession Is Affecting Almost Everyone 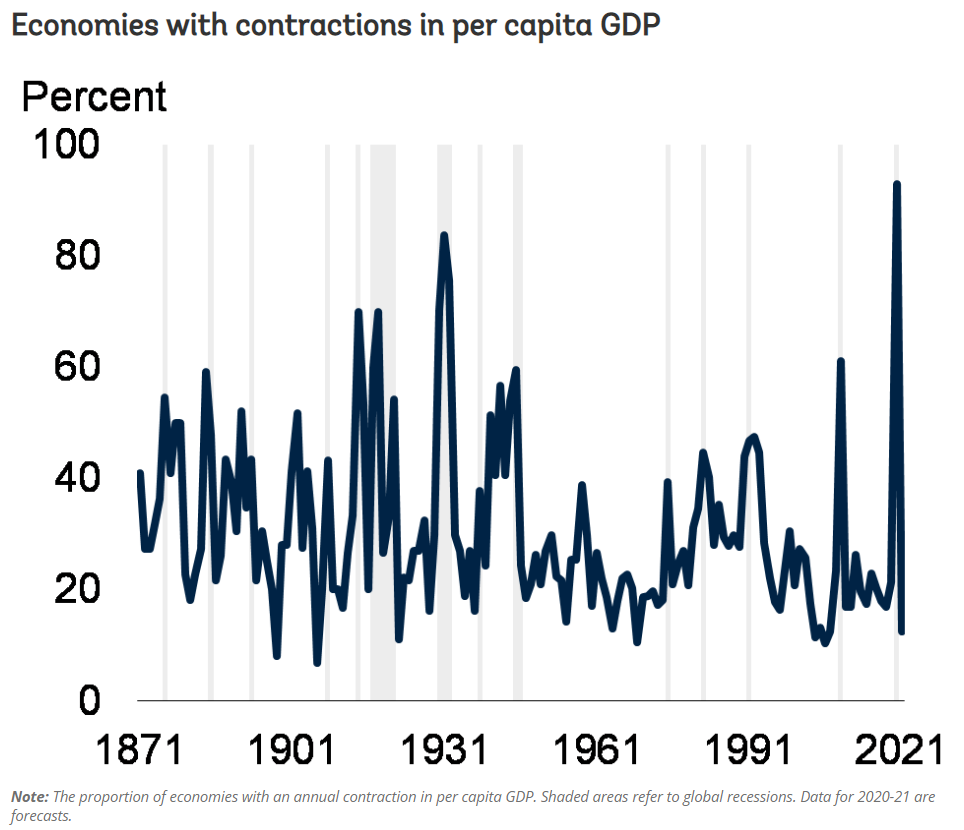 China avoided the global recession in 2008 and was able to lead the recovery. This time, no large country is in the same position.

This recession is similar in size to the Great Depression that began in 1930, or the brief recession that started in 1914. Both of those ended with the world at war.

This time could be different, as I’ll explain tomorrow.