El-Erian: 6 Things to Remember as Markets Could Crater 30% 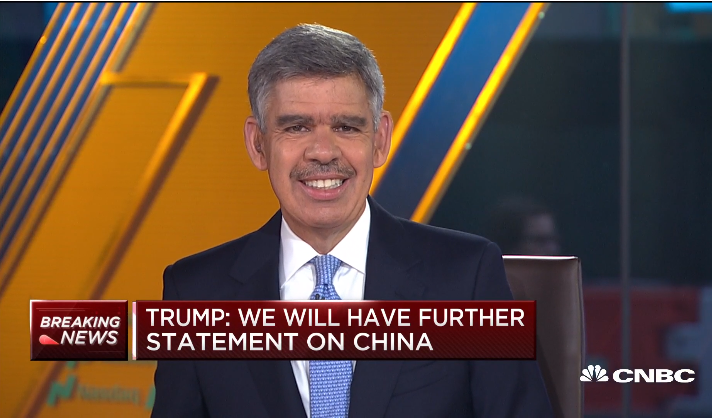 Allianz Chief Economic Adviser Mohamed El-Erian said this morning as stocks cratered that we might not even be close to the bottom yet, and markets could drop 30% before finding a bottom from last month’s all-time record highs.

“This is going to be treacherous for a while. I would advise most retail investors to stay on the sidelines, not panic. There will be opportunities but they’re not now,” El-Erian said on CNBC’s “Squawk Box” while the Dow Jones Industrial Average slid 1,800 points down at the market open. Oil prices also fell more than 20% this morning while the yield on the 10-year Treasury note dipped below 0.4%.

El-Erian previously told investors who aren’t experts to resist buying the coronavirus correction that’s been going on for the better part of two weeks now, and he’s sticking with that advice.

“It’s going to be messy because we’ve basically lost all our anchors,” he said. “We lost the economic anchor with the coronavirus. We’ve lost the policy anchor with people losing confidence in the Fed’s ability to turn things around. And over the weekend, we lost a market anchor with OPEC” failing to get a new oil deal.

In addition, the S&P 500 tanked so much this morning it triggered the 7% “circuit breaker threshold” that suspended trading for 15 minutes.

First, volatility is partly due to a tug of war that won’t be resolved any time soon.

“At one end of this tug of war, the corononavirus is causing economic disengagements and will fuel a series of awful economic data reports, negative corporate earnings revisions and financial distress for some companies,” El-Erian wrote. “These cascading economic ‘sudden stops’ involve a phenomenon that’s extremely rare in advanced economies: simultaneous supply and demand dislocations.”

“This is not just because of highly interconnected economies in which an effective restart requires a critical mass of synchronization and coordination,” El-Erian wrote. “There are also tough managerial decisions that need to be made on a timely basis, with the high risk of others (including lawyers) second-guessing the management team (or worse).”

“Even when analytical risks are objectively low, fear has a way of amplifying the negative economic and social effects of the uncertainties that comes with a new illness,” El-Erian wrote. “With misinformation and exaggerations also making things worse, most people will err to risk aversion as they get taken further out of their comfort zone and normal operating routines. Travel, conferences and festivals are cancelled out of precaution, adding another layer of paralysis to economies already suffering income losses and supply chain disruptions.”

Fourth, period relief is likely as governments step up efforts to slow the spread of the coronavirus, known as COVID-19, and counter the negative impacts from it.

“Having initially under-estimated the impact of something happening far away (and just in China), advanced countries are now scrambling to counter and defeat the virus. The immediate emphasis is on micro measures,” El-Erian wrote. “These will soon be placed in a more holistic ‘whole of government approach.’ They are also likely to be supplemented by better global policy coordination. After all, it’s a shared problem, involving collective responsibilities and needing coordinated approaches to minimize ‘beggar-thy-neighbor’ problems.”

The most important area, El-Erian notes, is medical advances to better treat the virus, contain its spread, counter negative effects and increase immunity to it. And expect a big bounce when good news of a vaccine comes out.

The fifth thing to consider are greater risks to the record-long stock market rally as central bank policy is seen as less effective.

“Initial conditions matter,” El-Erian wrote. “For markets, this includes elevated asset prices repeatedly decoupled from the underlying fundamentals by how investors have been conditioned by central banks over the last few years — that is, to bank on ample and predictable liquidity that represses market volatility, pushes stocks to new highs, and overwhelms long-standing market relationships (such as the negative correlations between ‘risky’ and ‘risk free’ assets — that is, stocks and government bonds, respectively).”

“Given all that’s in motion these days, we should also expect market overshoots due to the behavior of short-term traders operating in liquidity-challenged markets,” El-Erian wrote. “The likelihood of more negative news will attract short-sellers looking for the type of sharp price drops that turn nervous holders of stocks into panicked sellers at a time when market liquidity can only accommodate a small amount of selling.

“But when market sentiment periodically shifts, as inevitably it will, the upward price pressure will be turbo-charged by short-sellers scrambling to cover their positions, bottom fishers and agile day traders — again in challenged liquidity conditions.” 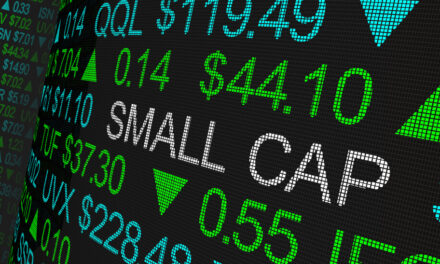