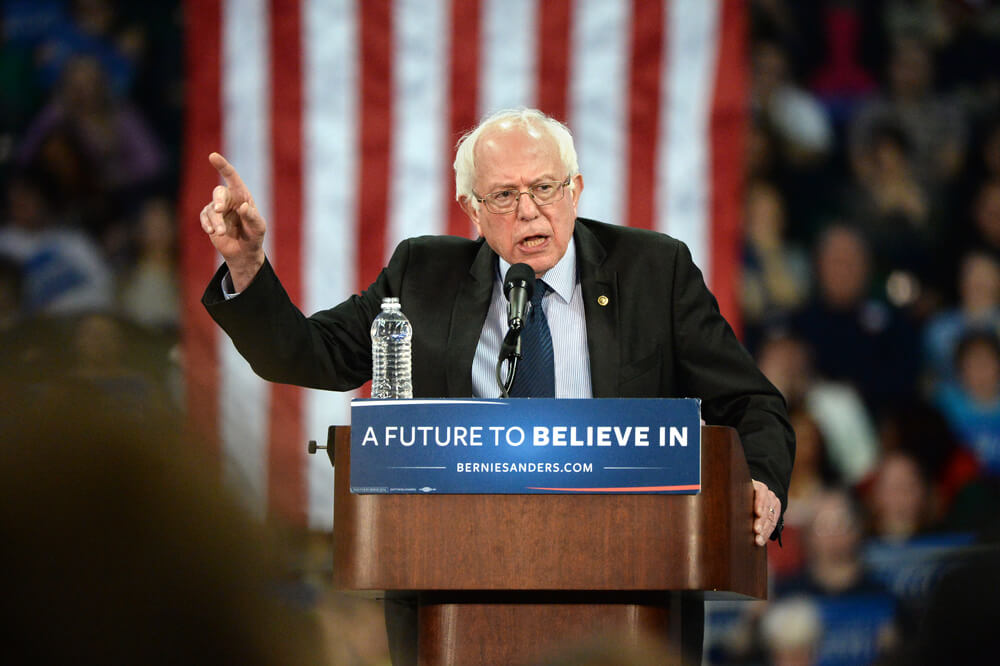 Bernie Sanders has been cutting into former Vice President Joe Biden’s lead in the Democratic primary race, and economist and noted gold bug Peter Schiff says the precious metal would surge if the self-proclaimed Democratic Socialist were elected to the White House.

“If Sanders becomes president in 2020, the price of gold will be well above $2,000 on the day after election night,” Schiff said in a Monday interview with Fox Business.

Gold was trading around $1,573 per ounce Tuesday morning after touching a seven-year high $1,594.70 Monday. The price has slowly crept up amid recent tensions in the Middle East and the outbreak of the coronavirus in China.

He actually thinks the precious metal could hit that $2,000 mark before the election if the market is already projecting a Sanders win over incumbent President Donald Trump. In a head-to-head vote, Sanders beat out Trump 48% to 42% in the most recent Fox News poll.

“What a Sanders win means is much bigger government deficits, and much more money printing by the Fed because there is no way to finance all of the spending that will happen with tax hikes on the rich,” Schiff said. “We’ll get tax hikes on the rich, but they’re not going to provide the revenue to pay for the programs.”

The U.S. budget deficit is on track to top $1 trillion this fiscal year, which would be the first time it has hit that mark since the Great Recession. Schiff thinks the deficit would balloon even more under Sanders because he wouldn’t face enough opposition when it comes to spending, which has been the case under Trump as well.

“There is gonna be no Republican opposition to the deficits that would finance the spending because after all, the Republicans didn’t object to record deficits under Trump when the economy was supposedly the greatest ever,” Schiff said. “The deficits could be three or four trillion dollars a year and the money printing will be off the charts.”

Some of Sanders’ other proposals include eliminating $1 trillion in student loan debt and funding hugely expensive projects like the Green New Deal to fight climate change, which would only increase the deficit even further.

Schiff doesn’t think the coronavirus outbreak has been much of a factor in the price of gold rising, despite the tendency for investors to flee to the precious metal as a safe haven when uncertainty hits the market.

When looking back at the SARs outbreak in 2003, JPMorgan analysts found gold rose more than 8% in the three months after the World Health Organization issued a travel advisory. But they found the U.S. invasion of Iraq and the Federal Reserve’s easy-money policy at the time “muddy the water immensely.” Their projections for gold’s future were not nearly as optimistic as Schiff’s, with the price hitting $1,655 per ounce or maybe $1,715.

Looking at the Federal Reserve, which meets this week to discuss monetary policy, gold investors will want to watch for how the central bank intends to reign in its action in the repo markets.

The Fed will most likely keep its key interest rate policy steady at a range of 1.5% to 1.75%, but it has expanded its balance sheet by around $400 billion recently through the purchase of Treasury bills to help stabilize the short-term repo market in what some are calling “stealth quantitative easing.” 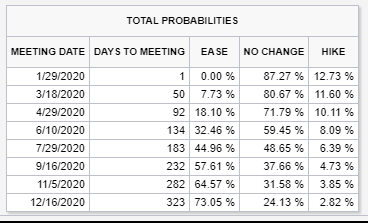 The CME FedWatch Tool predicts an 87.27% chance the Federal Reserve sticks to the current 1.5% to 1.75% interest rate at this week’s FOMC meeting.

And Schiff thinks the Fed will continue its easing and even cut rates to zero at some point, which he says will make the balance sheet “explode to much higher than the four-and-a-half trillion that they tapered from.”

That in turn will kill the U.S. dollar, and a Sanders presidency won’t help its case either, Schiff argues.

Sanders has a solid hold on second place in the latest RealClearPolitics polling average with 23.3% of the vote. Biden remains the front-runner with 28.7% of the vote, while Elizabeth Warren rounds out the Top 3 with 14.9% of votes.

Monday marks the first Democratic caucus in Iowa, which could paint a picture of how the rest of the primary race will shake out going forward. 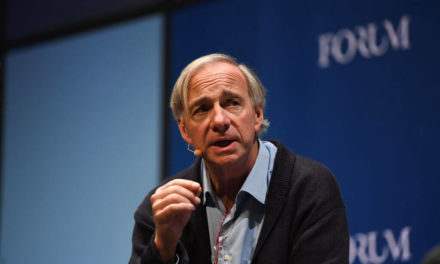 Dalio: ‘This Ain’t Your Grandfather’s Communism’ in China 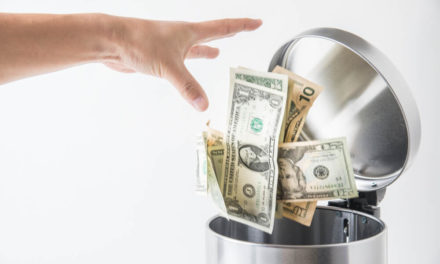 Buffett vs. Dalio: Is Cash ‘Trash’ or Is it Wise to Sit on it Until the Right Time?