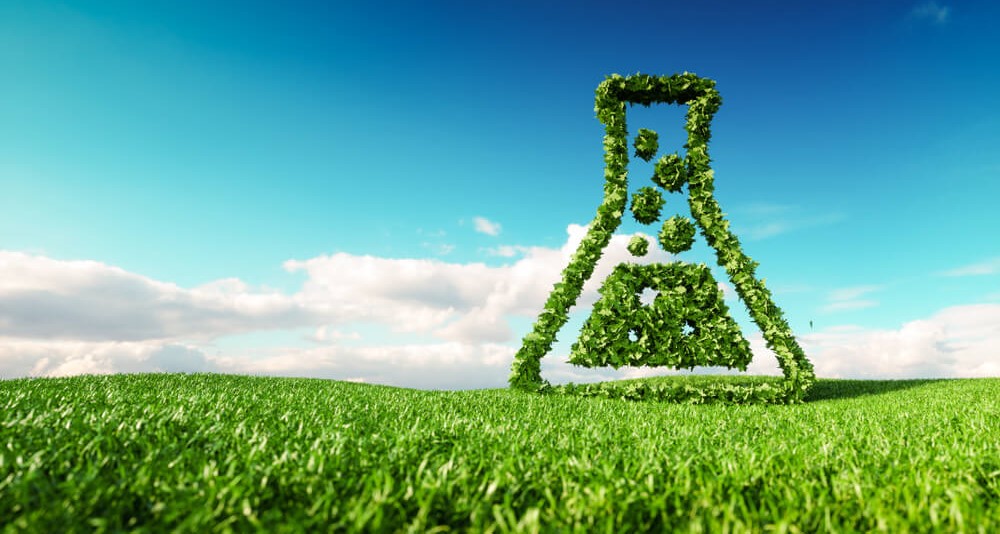 It’s human nature to do what we’re comfortable with.

I played tennis growing up. I distinctly remember my dad ripping from my grip a junior-sized tennis racket when I was a freshman in high school.

I was almost six feet tall, and that racket was way too small for me. It held back my progress.

But it felt so comfortable to me that I couldn’t imagine switching to anything else.

I eventually endured the discomfort of transitioning to a bigger racket. And once I did, I realized my dad was right: I played much better.

I could reach previously out of reach shots, and my serve was noticeably stronger.

I think this is fundamental to being human. Change is uncomfortable.

Seeking comfort over everything else, we can find ourselves stuck in “old ways,” even if they don’t serve us well.

This goes for investors, too — particularly seasoned ones who’ve been in the game for a while.

It’s easy to get stuck in a rigid mindset about the types of stocks you want to own. We can even become “wed” to specific stocks.

When an entire sector or industry group begins to be upended by new technology, we call it “disruptive” tech. And when that disruption happens, it can be difficult for stubborn investors to adapt to those changes.

In today’s Better Buy, I compare an old-guard oil & gas energy stock to a newer, disruptive energy stock … one whose product may seem far-fetched for anyone who thinks fossil fuels are the end-all be-all.

Founded in 1996 and based in Ames, Iowa, Renewable Energy Group is a leading producer of biofuels — low-carbon transportation fuels made from cooking oils and inedible animal fats.

Folks have been interested in converting biofuels into mass-adopted vehicle fuel for a while.

But I assure you, the industry has advanced by leaps and bounds from the days when weekend-tinkering tree huggers converted Volkswagen diesel engines into french-fry odor emitters.

Grandview Research estimates that the market for biofuels was worth $140 billion in 2020. That figure is forecast to nearly double, to $231 billion, by 2027.

And whether we believe in biofuels for environmental reasons, as investors, we’d be foolish to ignore a market that’s due to double in the next several years.

Right now, the XOP ETF owns a 3.7% allocation of Renewable Energy Group (REGI) stock, as well as a 4% allocation of one of the oil and gas industry’s old-guard stalwarts, Exxon Mobil Corp. (NYSE: XOM).

Let’s have a look at how each stock scores on my Green Zone Ratings model for stocks to determine which is the better buy.

First, on the Momentum factor, REGI scores a 91, while XOM earns a pathetic 4.

Of course, it might be tempting to buy into Exxon’s steep fall and avoid buying after REGI’s massive rally … but anyone who’s familiar with my Momentum Principle knows that I’m a big fan of “buy high … sell higher.”

Let’s look beyond these stocks’ price charts and consider their valuations.

On the Value metric, Exxon indeed earns an above-average value rating of 73. But REGI’s is even better, at 94.

Those are just two of the six broad factors my stock rating model ranks on. On the other four — Size, Volatility, Quality and Growth — REGI’s ratings are superior. 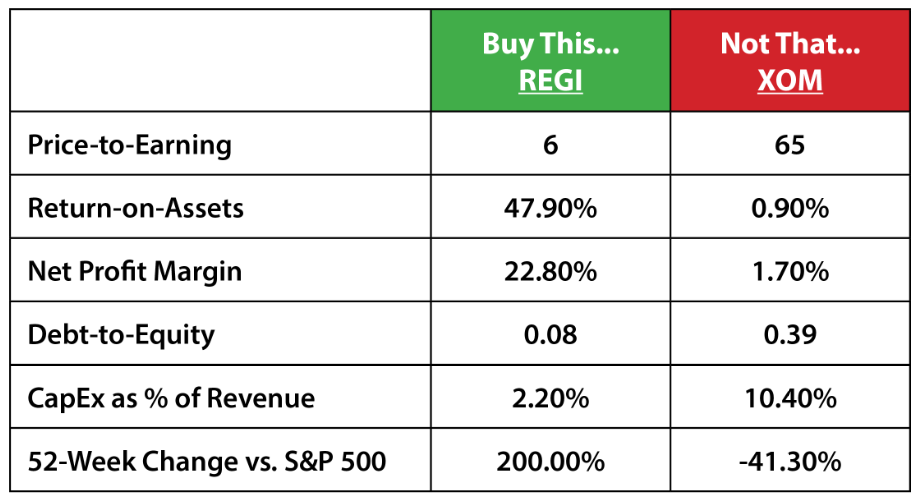 Meanwhile, XOM falls at the bottom of the list of thousands of stocks I rate, with a measly overall score of just 9.

It should be enough to compare these broad factor scores and see that REGI is a better buy.

But just to drive the point home, here are some of the individual metrics that factor into those scores: 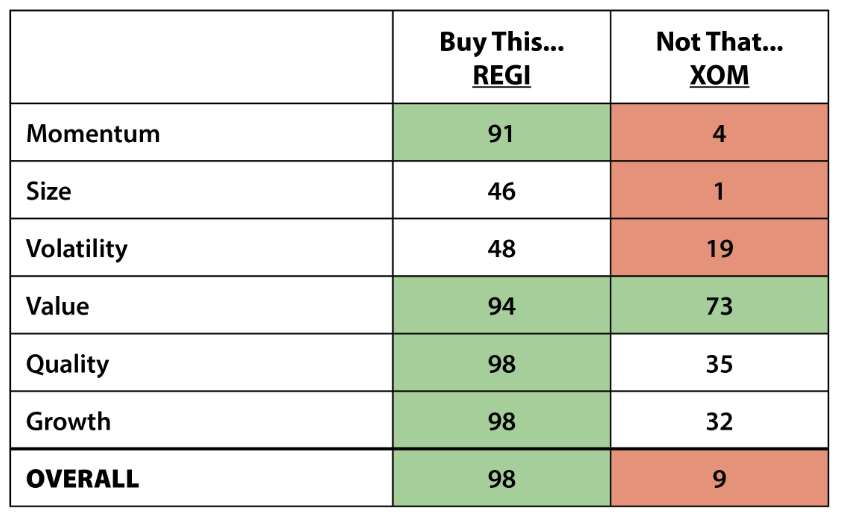 As you can see, the behemoth dinosaur that Exxon is seems to require a capital expenditure rate equal to more than 10% of its revenue.

Meanwhile, the smaller and more nimble Renewable Energy Group is able to build out its platform of products with a much trimmer 2.2% of revenue.

All told, my Green Zone Ratings model shows us that REGI is the better buy between these two “energy” stocks.

Exxon may feel like a comfortable buy — either because it’s an established stalwart of the industry or because its stock has already fallen so far.

But in the long run, I’m convinced that the profits you’ll earn in Renewable Energy Group will more than make up for any discomfort you may feel in buying this newfangled “french-fry oil” stock.

P.S. Money & Markets’ Research Analyst Matt Clark wrote about REGI stock back in September 2020. It’s up over 100% in that time!

If you bought the stock then, Matt and I would love to hear from you! Reach out to feedback@moneyandmarkets.com and let us know how you’re doing. Did you lock in and profits, or are you hanging on to REGI for the long term? 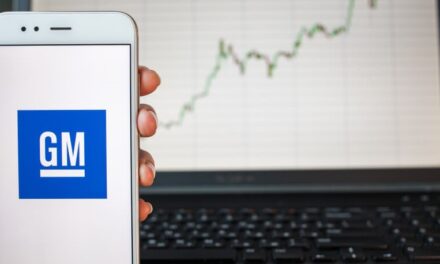 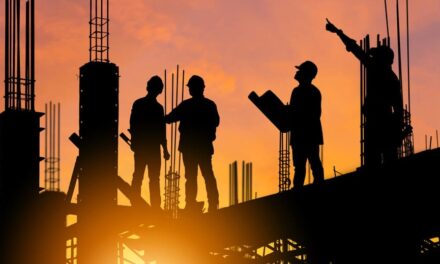