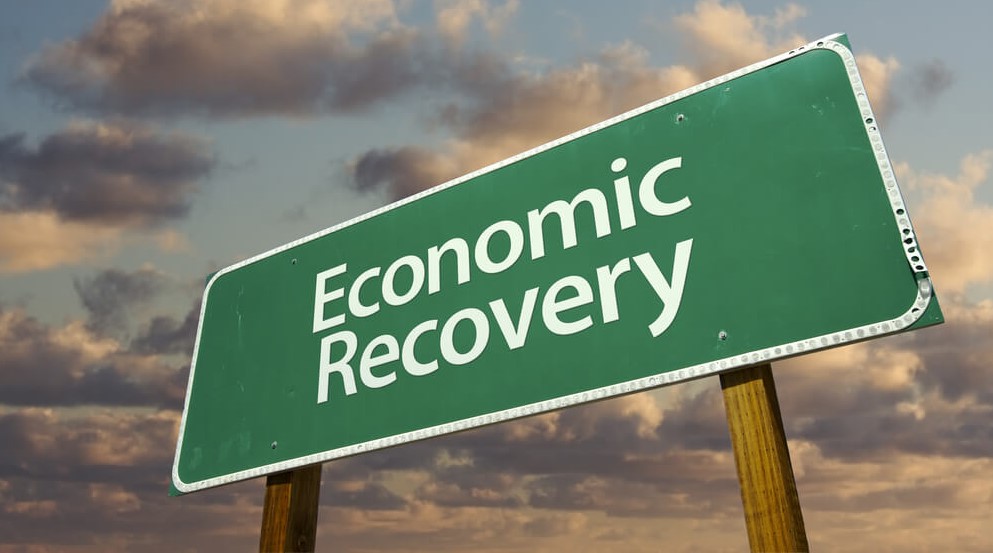 Many investors have already placed their bets on a “V-shaped” economic recovery.

The stock market has rocketed out of its March lows. Meanwhile, the economic recovery hasn’t shown the same gusto.

The novel coronavirus pandemic can be thanked for that. The hope was the U.S. would “flatten the curve,” and COVID-19 cases would start to diminish.

But that hasn’t been the case. New infections are surging, with a record 45,255 new cases reported Friday in the U.S. alone.

And economic data may fall by the wayside…

“The report will show millions of people returned to their jobs last month and the market won’t care,” said Carr, Editor of One Trade. “The data was problematic last month with the Bureau of Labor Statistics admitting unemployment was understated by about 3%. That means this week’s report likely won’t have much impact either way.

“Everyone knows it’s wrong now, and there’s no reason to trust it.”

Carr believes the economic shock from the pandemic broke a lot of models that used to be more reliable.

But one model Carr thinks is still reliable enough is the Federal Reserve Bank of New York’s Weekly Economic Index. Per the New York Fed, the WEI “is an index of ten daily and weekly indicators of real economic activity, scaled to align with the four-quarter GDP growth rate.”

The WEI uses a broad range of economic indicators like consumer behavior, labor and production.

“This is a great tool that investors should watch closely,” Carr said. 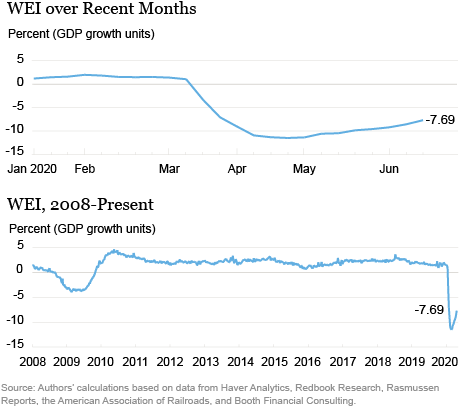 As you can see in the chart above, the WEI tanked when the coronavirus forced a record wave of job losses.

The WEI was minus 7.69% the week ending June 20 compared to 1.54% at the end of February. If it remains at that lower level for an entire quarter, the New York Fed expects GDP to be off by about that much year over year on average for the quarter.

Does Economic Recovery Data Even Matter?

The WEI might be a better representation of past data that investors should pay closer attention to. But is there something more important?

Regarding the short-term prospects of the economic recovery, Carr says you should pay close attention to stimulus efforts.

“That needs to be addressed in July since extended unemployment benefits are set to expire at the end of that month,” Carr said. “I’m looking for stocks to sell off no matter how that issue is resolved.”

The federal government and Fed have already spent trillions supporting both Main Street and Wall Street. Either outcome regarding further unemployment stimulus will create a “bearish news environment,” Carr argues.

“If benefits are extended, it shows the economy is in worse shape than expected,” he said. “If they are ended, many media outlets will find individuals who are hurt by the news and feature them in tear-jerking stories that make the economy sound too weak to support people.”

That’s why Carr says investors should look at market sentiment — and not economic recovery numbers.

“Investors need to focus on the mood of the public rather than data for now,” Carr said. “If frustrations over the pandemic, protests, government gridlock or a sluggish economy build much more, stocks will fall sharply this summer.”

This is a sentiment-driven market, as we’ve written about before, and Carr believes that will be the case for a while.

“For now, in the markets,” Carr said, “sentiment is more important than fundamentals.” 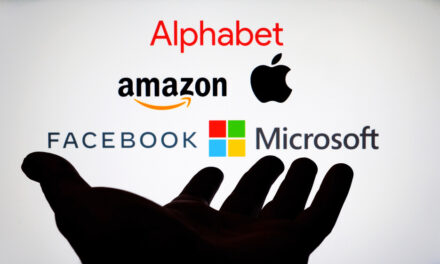 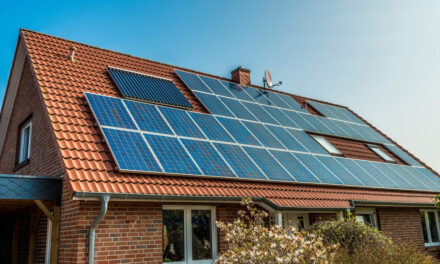 Charge Your Gains With This Solar Power Boom Stock