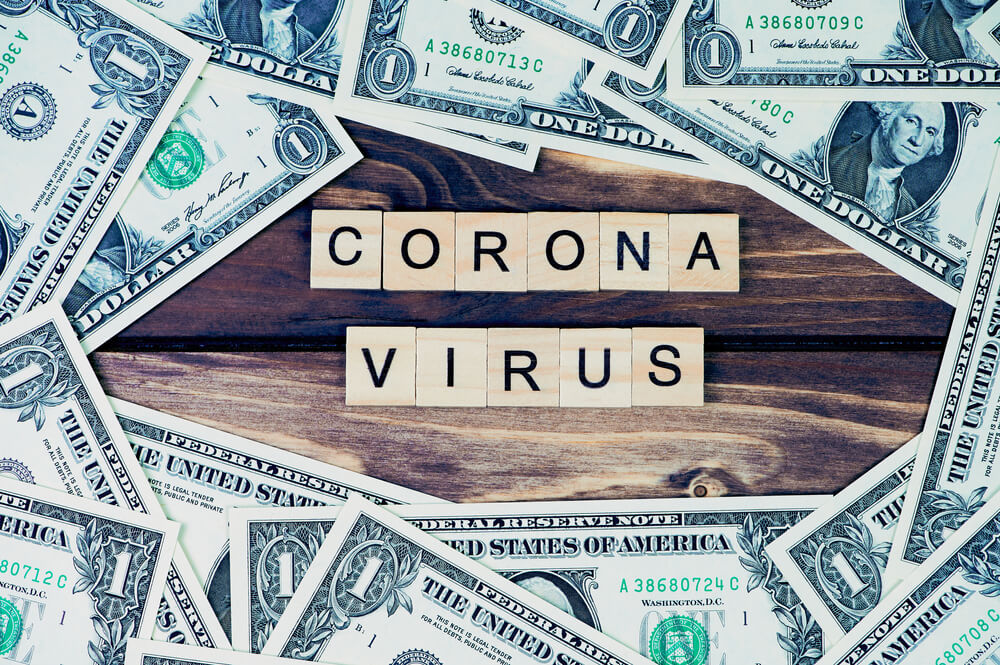 Stock markets posted another rally for the second day in a row pending the Senate’s passage of a $2 trillion package to support businesses and households that Majority Leader Mitch McConnell called “emergency relief” rather than stimulus, plus more in today’s Closing Bell on Money & Markets.

And then a tweet from Sen. Bernie Sanders 30 minutes before market close wiped out more than half of the Dow Jones Industrial Average and S&P 500 gains, and sent the Nasdaq into negative territory after it was up 3% just before.

Unless Republican Senators drop their objections to the coronavirus legislation, I am prepared to put a hold on this bill until stronger conditions are imposed on the $500 billion corporate welfare fund. pic.twitter.com/7X0o9C4BoO

Hopes of a stimulus — or “relief” bill, as McConnell said Wednesday — are gaining steam as a deal appears imminent.

“Today the Senate will act to help the people of this country weather this storm,” McConnell said after the chamber convened at noon. “This is not even a stimulus package. It is emergency relief.”

The relief, in addition to unprecedented moves by the Federal Reserve to save an economy reeling from businesses shutdown and swiftly rising unemployment, had pushed stocks largely higher after volatile trading early in the day.

Wall Street, however, is warning that fears of a global recession and corporate defaults amid the coronavirus fallout are likely to lead to more rocky times ahead.

“This market still faces challenges from the coronavirus and its economic fallout, so there are bound to be false starts, retracements and tests,” Rick Swope, a director at E*TRADE Financial Corp., told Reuters.

The CBOE VIX volatility index, though it has retreated from the 12-year highs seen last week, is still running high in the low-to-mid 60s. A score of 20 means average volatility of 1% up or down is expected over the next 30 days. The higher above 20, the more volatility expected.

“There is a lack of fundamental data that we rely on as equity investors to determine what prices should be,” said Sean O’Hara, president of Pacer ETFs, a division of Pacer Financial. “The data that we don’t have is what is the impact going to be to GDP, on earnings and how many people are going to wind up losing their job.”

The Dow Jones Industrial Average posted it biggest intraday percentage jump since 1933 on Tuesday, and the index continued its rise today, although not quite as drastic. As of 3:08 p.m., the Dow was up 1,206 points, or 5.8%. By the time the market closed, the Dow closed just 495 points up, or 2.4%, more than halving the day’s rally.

The S&P 500 followed Tuesday’s monster 9% surge that helped it recoup about $1.8 trillion in market value with a rally that continued Wednesday. The S&P was up 4.6% but closed up 1.2%.

Though trailing the aforementioned indexes, the Nasdaq also got a decent pop Thursday, rising about 2.9% by the same time — before crashing to -0.5% by market close.

Aside from Boeing (more on that below), we told you to watch out for Nike today because the global apparel giant beat earnings estimates for profit and revenue during the last quarter. Nike rose 9.1%.

Gold also is being hit by the coronavirus pandemic, sending U.S. gold futures down 1.47% by 4:32 p.m. EDT just one day after posting their biggest single-day jump since 2009.

Palladium, however, rocketed toward its best daily gain since 1997 as a lockdown on a major producer in South Africa added to supply woes. Palladium rose just over 20% to $2,260 around 4:32 p.m. EDT.

Check out our Daily Nuggets piece for the latest extensive news on precious metals.

Orders for durable goods like toasters, washing machines and aircraft — items meant to last more than three years — were surprisingly up for the month of February. However, they are expected to decline sharply as measures to contain the pandemic will crush spending and demand.

New orders for the month of February were actually up 1.2%, according to the Commerce Department. The news comes as a surprise after economists polled by Reuters had predicted a 0.8% decline for the month. Orders for January also were revised upward, showing a gain of 0.1% instead of a decline of 0.2%, as previously reported.

IHS Markit released survey data Tuesday that show U.S. factory activity dropping in March to its lowest level since August 2009. The falloff in business activity has led analysts to predict that not only is the U.S. economy going to fall into a recession, it is already there.

Boeing Co. (NYSE: BA) +24.3% — Boeing has been reeling for months and has lost three-quarters of its value in the past month, but the plane-maker has seen a major uptick — along with the broader market — this week. Sources say Boeing is likely to restart production of its much-troubled 737 Max jet in May, setting the table for the stock’s best single-day rally since 1981. 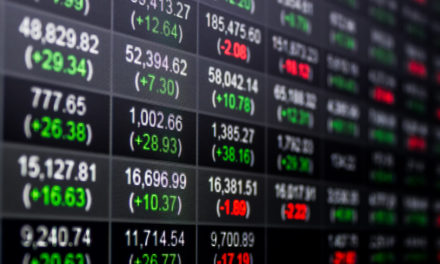 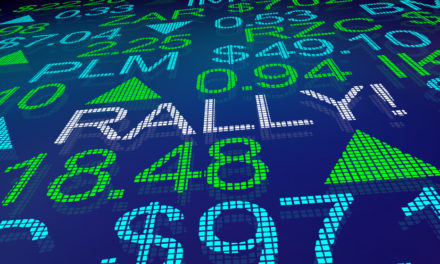