U.S. stock market futures jumped as investors continue to hope for a quick recovery from the coronavirus-fed recession while the government considers more stimulus, plus stocks to watch today in the Money & Markets Opening Bell.

A Wall Street rally from April has lost steam this month as investors weigh hopes of a revival in business activity amid easing lockdowns against conflicting reports on a potential coronavirus vaccine.

“With headlines suggesting that more fiscal and monetary stimulus around the globe is underway and with the virus curve being much flatter than a couple of months ago, we would treat yesterday’s setback as a corrective move,” JFD Group Senior Market Analyst Charalambos Pissouros said.

Johnson & Johnson (NYSE: JNJ) — The packaged goods and pharmaceutical company elected to stop selling baby powder in the U.S. and Canada as it faces numerous lawsuits from consumers claiming its talc products cause cancer. Shares of Johnson & Johnson were up 0.6%.

Target Corp. (NYSE: TGT) — The retailer reported stronger-than-expected first-quarter earnings and revenue. The company beat analysts’ projections in earnings by $0.21 per share. It also said its costs related to the COVID-19 pandemic jumped by $500 million. Shares of Target were up 0.7%.

The Congressional Budget Office released its outlook for the U.S. economy — and it wasn’t good.

In its projections, the CBO sees gross domestic product dropping 38% on an annualized basis in the second quarter. The CBO also said the coronavirus pandemic would increase the federal deficit by $2.1 trillion in fiscal 2020 and $600 billion in fiscal 2021.

The CBO’s forecasts are in line with Wall Street analysts, but slightly better than the Atlanta Federal Reserve, which sees GDP falling nearly 42% in Q2.

Dow Inc. (NYSE: DOW) has shut down its operations in Midland, Michigan after two dams broke upstream from the chemical company’s headquarters.

Shares of Dow were up 0.8% in premarket trading.

Investors Could See Hard Times Ahead for Bond Market

Yields on 10-year Treasurys have hovered around two-thirds of a percentage point for much of the past month.

According to a report in The Wall Street Journal, that stability and low rate suggest bond investors are holding a bleak outlook for the economy and are fairly confident of that. 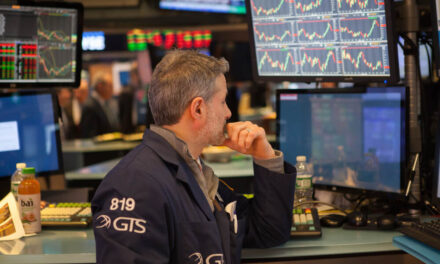 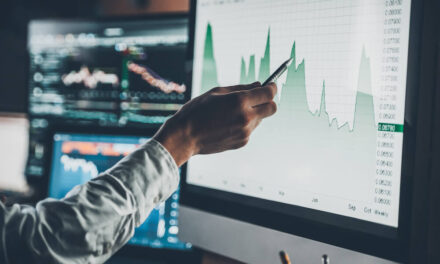